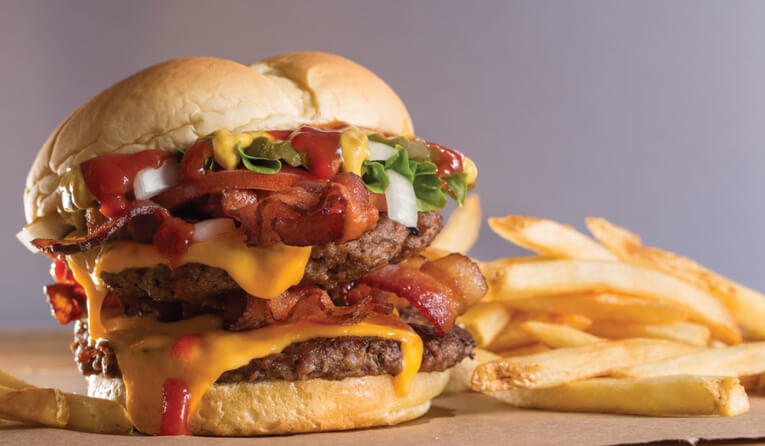 Wayback Burgers has grown to 166 locations worldwide and has more than 500 commitments to open new locations over the next several years.

Wayback Burgers is well into 2019 and going strong. After a positive 2018, in which the brand added 18 new locations — boasting an impressive 14 percent system growth worldwide —and launched their revolutionary new food truck, expectations are high for 2019.

Wayback Burgers has grown to 166 locations worldwide and has more than 500 commitments to open new locations over the next several years. The rapidly expanding burger franchise has active locations in 30 states throughout the United States and several additional countries around the globe. In the first half of 2019, they opened two new locations — one in Hofof, Saudi Arabia and another in Manitoba, Canada — and have their sights set on further expansion in Europe, particularly Germany, France and the U.K.

Back in the U.S., Wayback Burgers added three new locations in North Carolina (Mint Hill), South Carolina (Lexington) and Texas (Round Rock), and have over a dozen more under construction, all of which are expected to open this year. Two of the brand’s top franchisees — a husband and wife team who own three Wayback Burgers locations in Georgia and South Carolina — opened their fourth location in Coconut Creek, Florida, in April. The fast-growing burger franchise also signed agreements with new franchisees in New York (Mastic Beach), North Carolina (Rocky Mount) and Maryland (Gaithersburg).

The fast-casual burger franchise unveiled its solution to the problem of “soggy fries” to franchisees at the October 2018 Wayback Burgers Convention, when it announced its new, compact delivery vehicle. In March of this year, the team took the vehicle on a cross-country tour from the brand’s headquarters in Connecticut to the Multi-Unit Franchising Conference (MUFC) in Las Vegas, making several stops along the way to serve their legendary fresh burgers to eager fans across the country. The brand also drove to and displayed the vehicle at the New York/New Jersey Franchise Expo in Secaucus, N.J. and the International Franchise Expo in New York City. All in all, the vehicle itself has traveled nearly 7,000 miles since the start of 2019.

Jim Patel of Delaware, who owns six Wayback Burgers locations and won the MVP Single Brand Leadership Award at the MUFC this year, will be the first franchisee to bring one of the new delivery vehicles to market.

Wayback Burgers President, Patrick Conlin, says the brand’s commitment to delivering quality food and service to its customers is rivaled only by their commitment to the success of their franchisees.

“Our focus has always been on providing our franchisees with the tools and support they need so that they deliver the same level of quality and service to their customers,” says Conlin. “Between adding new domestic locations, growing international expansion, new partnerships and the introduction of our new delivery vehicle, 2019 has already been a great year for us, our franchisees and our guests. By building on past successes and harnessing new technology, we are creating a promising future for current and potential franchisees.”

New partnerships and limited-time offers have also contributed to Wayback Burgers success so far this year. In February the brand’s conversion from Pepsi to Coca-Cola was complete, and later in the year, they signed national agreements with Uber Eats and DoorDash.

“Every day in May we offered a different deal to customers through the Wayback App,” says Conlin. “On National Hamburger Day any signature burger was only $3 for anyone who ordered using the App or who visited a Wayback Burgers location in person,” he adds. As a result, the brand saw a notable increase in year-over-year sales and App downloads. In the month of May, Wayback Burgers saw an 8.3 percent increase in year-over-year sales and the number of App downloads increased by a remarkable 18 percent. “It was a home run for us,” says Conlin. “Our franchisees were very happy.”

In June of last year, Wayback Burgers partnered with the Boys & Girls Clubs of America and pledged to raise $100,000 for the non-profit over the following 12 months. At the end of March, the burger franchise had raised just under $125,000 with two months left to go. They involved the organization in a contest that ran from March 12 to April 30, 2019, and challenged kids from the Boys & Girls Club to create and name a new milkshake to be offered on Wayback Burgers menus as a limited-time offer starting in August. The winning milkshake — Caramel Cinnamon Toast Crunch — was submitted by Caring People Alliance at R.W. Brown Community Center in Pennsylvania, and the club was awarded a $5,000 prize.