Ireland is in the midst of a fast-casual restaurant boom and Zubair Najm is poised to join the fray, bringing what he believes is a better burger concept to the island. Since signing a master franchise agreement with Wayback Burgers in early 2018, Najm’s been working toward the opening of a flagship location in Dublin, which he’ll use to introduce the brand to consumers and potential franchisees alike.

“In Ireland, when you want to sell something, you have to demonstrate success,” notes Najm of his plan to open and operate two Wayback restaurants himself before focusing on sub-franchises.

Dublin, he continues, is a prime market, home to nearly 35 percent of the country’s population (more than 1.2 million people) and trending younger, which is the demographic ideal for Wayback.

“Irish under 35 years old spend more money on foodservice, in restaurants, than on grocery,” says Najm, referencing data from the Irish Foodservice Market Insights report. The report also forecasts the fast-casual segment to grow 6.4 percent by 2022, and found consumer spending in the limited service category surpassed $3 billion in 2018—the highest of any category.

“There’s an appetite for fast casual,” stresses Najm, particularly for Wayback’s brand of premium burgers and array of other menu options including sandwiches and sides such as Irish nachos. “We’ll advertise that it’s 100 percent fresh meat, made to order, and our menu has a build-your-own-burger option for customization.” 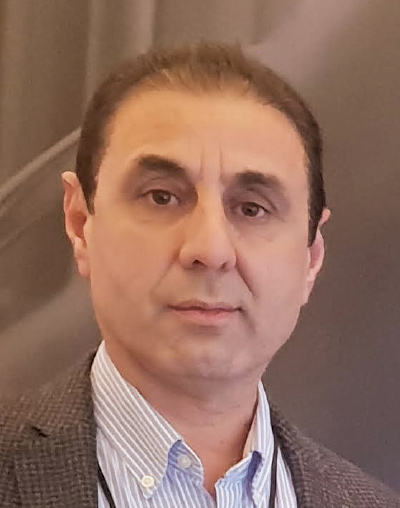 Zubair Najm is ready to bring Wayback Burgers to Ireland, and is working to open a flagship location in Dublin.

Najm, who already owns four locations of Apache Pizza, an Irish pizza delivery brand, and operates one Subway, discovered Wayback Burgers while walking through the Irish Franchise Show in Dublin back in 2017. He was about to leave when “the Wayback Burgers sign caught my eye,” he recalls. His conversation with Bill Chemero, Wayback’s executive vice president, led to a four-day trip to the company’s headquarters in Cheshire, Connecticut, where Najm and his business partners attended a discovery day and visited numerous locations.

“We were sold,” he says. “We liked the people, the team, the food was amazing.”

“It’s no small feat to have the Apache Pizzas and the Subway,” says Murawski. Plus, “Delivery is blowing up all over the world right now,” and Ireland is no exception, he says. “Zubair’s background in the pizza business, that will really help.”

Najm does expect off-premises dining to figure heavily into Wayback’s operations, with consumer demand for the convenience of delivery growing not just in Dublin, but also in Ireland’s smaller cities. Deliveroo and Just Eat are two third-party services with a heavy presence on the island, and UberEats went live in Dublin, Cork, Limerick and Galway late last year.

Irish eating habits are similar to those in the United States, with no specific dietary differences, meaning Najm plans to keep the menu in his restaurants consistent with his counterparts across the Atlantic. Wayback is flexible with its food menu abroad, notes Murawski, which has helped it be successful in markets where the local culture requires adaptation.

“We serve rice and chicken wings in Malaysia,” continues Murawski. And in Pakistan, “We added a little spice to the burgers. We really look at what’s selling on the menu after we open and if there are areas where we can fine tune.”

Wayback emphasizes local sourcing abroad, with an expectation that franchisees source at least 80 percent of products from within the country. Not only does this help support the local economies, says Murawski, it also helps keep costs down for franchisees. 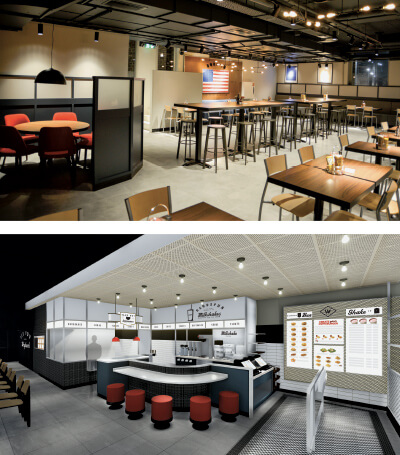 Wayback’s newest location in Breda, in the Netherlands (top), is closest for potential franchisees in Ireland to scout. A rendering of Wayback’s new store design (bottom) coming to Ireland.

In Ireland, Najm will purchase all his ingredients from local suppliers, especially because, he says, “The Irish beef is the best in the world.”

While Najm sees opportunity in the fast-casual segment, he knows his burger concept will face competition from the likes of Irish brands Wowburger and Eddie Rockets, plus Five Guys, which has three Dublin restaurants.

“The main challenge is there are great operators already here in Ireland, especially for burgers, and we’re all competing for the same customer,” says Najm, who also has a master’s degree in business. He thinks Wayback’s “fresh, never frozen” hamburgers are a key differentiator, which he intends to promote, along with overall ingredient quality and his emphasis on environmentally conscious operations.

Ireland’s growing economy, too, presents both opportunities and challenges, as Najm notes rent costs are rising in Dublin, and the unemployment rate sits at 5.3 percent, meaning finding employees “and retaining them” is difficult. And then there’s Brexit.

“Ireland has more economic connections to the U.K. than any other country in the European Union,” says Najm, pointing out the tumultuous process thus far as the United Kingdom prepares to exit the E.U. is already impacting business in the country.

“We have a lot of tourists coming from the U.K. to Ireland, but they’re spending less and there’s less of them,” he continues. Najm also has some logistic concerns regarding the border between Northern Ireland, which is part of the U.K., and the Republic of Ireland, which is not.

“I have the whole master franchise for Ireland and Northern Ireland, so if the U.K. exits without an agreement, that will affect our ability to do business,” he says.

As the March 29 deadline approaches without, as of this writing, an agreement in place, Najm is closely following the negotiations and is nevertheless confident Irish consumers and franchisees will embrace the Wayback brand.

“My practical background and my academic background will help me to bring Wayback to a new level in Ireland,” he says.